More than just my ASS-ets: woman in the workforce

Being a woman is challenging.

From having to comb my hair, BEAT my face with makeup, deal with unannounced acne, ensure my nails and clothes are “appropriate”, and then the hardest of them all..

Having my male counterparts take me serious.

Being a woman in a male centered world has its challenges. Subconsciously I feel that everything we do as human indirectly is done to appease or cater to our male counterparts. Regardless of our credentials, compared to the males who surround us in the workplace our talents and gifts often go unnoticed and ignored.

Side Note: I am so thankful for having parents who never made me feel that as a woman my place was at home in a mans kitchen, lying in his bed, or cleaning in his laundry room. As I got older they never stressed the importance of me settling down and becoming domesticated. Education and Educational Advancement were always important to them and for as long as I can remember they PUSHED my sister and I to be the BEST we could be, getting the best of educations both in our young years and later in University.

It doesn’t just end at being a woman, if that was the case my worries wouldn’t be so high. Other than the natural feminine ambiance that sprays out when I walk into a room, there’s also the issues of having your male colleagues take you serious despite your obvious ASS-ets. Its so hard to decipher if a guy is being nice because he is generally an overall nice guy, or if he is being nice because he wants to get a taste…

of what.. I will never know.

I have always been that girl who has wanted to do so much with her life, I  have wanted the big car, big house, own my own company.. the works. I have been in a few jobs and seen the preferential treatment that the guys around me got all while having less experience, mileage and knowledge compared to me. Have I commented?

When I saw them getting raises and my pay didn’t budge.. Did I lash out?

It pains me that when I want to stand up and out for myself and speak my mind or express my thoughts I may be seen as a “Angry Woman”. If I do too much or go above and beyond I will be seen as a suck up.. someone who kisses the ASS-ets of my Boss to further myself in the company.

When a woman advances too fast = sleeping with her boss

When a woman speaks up for herself= Miserable

Because of our stature many woman are subjected to sexual jokes, hit on and viewed as sexual entities instead of equal parts to their male associates. I promised myself that no matter the job if ANY man I ever worked with made me feel a certain way about myself, my body or my credentials…. He would REGRET IT!

I WISH.. the hardships of being a woman ended with period cramps and bra shopping. Sometimes I wish I could act like a Boy

* Ques Ciara “Like A Boy”- Takes out dramatic moves and popping*

Graduating from York University in 2013 I was STRUGGLING to find a job. I saw so many people who were in my graduating class getting internships and  international jobs starting well above entry level pay. Guys who  skipped classes and slacked off ended up working for Environment Canada or other then environmental companies while I struggled to find something in my field on a whole. Not getting that “Government Job” actually ended up helping me more than it hurt me, and is one of the main reasons I have my companies now.

Running a business has taught me that a lot of people take you seriously when you give them reason too.

Having a Vagina and Breasts should not be a CURSE.. But a GIFT. I should never feel that because I am a woman I will never get as far as I want to be. Because I am a woman I should never feel that my education will get me far BUT not far enough for me to make the 6-Figures my heart desires. I remember wanting to be a Real Estate Agent and having someone tell me that I may not be taken as serious as if I were a man. I remember people telling me on my self realization journey that woman are “too emotional, too caring and too weak” to work certain jobs that a man is better at.

All Million and BILLIONAIRES, have surpassed the males they were surrounded by coming up with products and services that have revenues In the billions yearly. I have been reading books and blog posts aimed at helping me overcome the obvious gender biases I face and helping me to elevate myself to a place where my sex no longer affects my ideals on how I will be viewed and judged not just in the workplace but in general.

For Hundreds of Years Woman have been subjected to receptionists, Filing Clerk, Cleaners, Chef and any other job that entails them catering to others. What many fail to realize is that a lot of these same woman are nurses, marketing guru’s, psychology majors, PR practitioners and accountants by trade but have been subjected to working outside of their area of expertise because of the lack of job avaliability in their field.

So the next time my colleagues bump into me in the halls or at my desk, I hope they look past my obvious ASS-ets and see me as a strong educated and resourceful woman who has more to offer than what society has limited me too because of my gender. 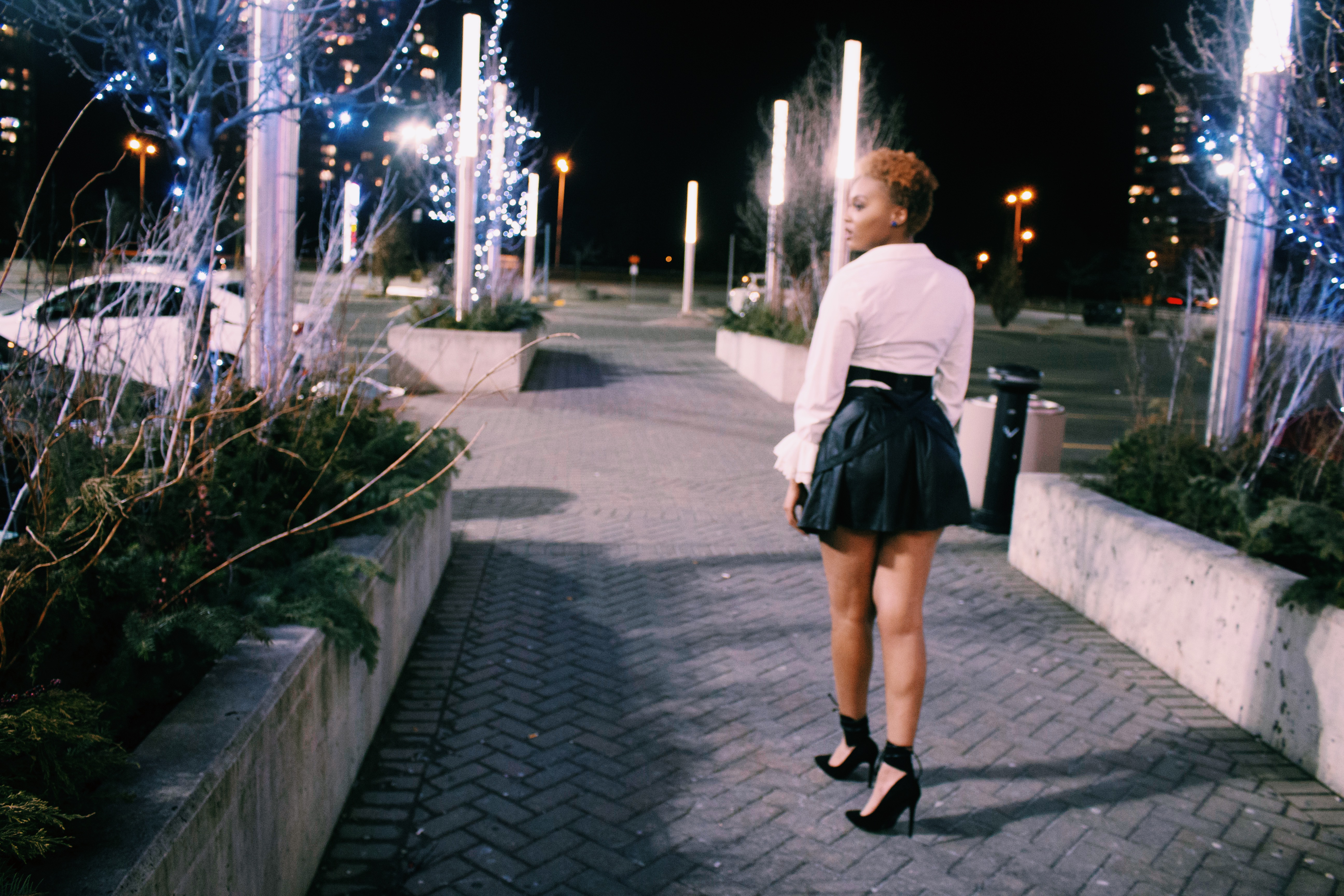