Ever had a guy become immediately intimidated once finding out you have a certain job, drive a certain car or make a certain amount of money? I have come across men in my lifetime who have shown me signs of intimidation upon hearing certain things about my life.

Disclaimer: I don’t have millions in my account, I drive a simple Burnt Orange Jeep and I am far from the six figure job I aspire to have.

Growing up I have always had a very STRONG personality, and by strong I mean STRONG  I Have been that girl who had no chill, no filter and no cares. Other than my obvious natural tall stature and unintentional feelings of being bigger than most of the males around me, my personality has made it hard for me to be approachable to guys who come into contact with me.  I have always been that girl who had the MOST to say making me stand out more than I wanted and needed too.

Some men even became intimidated by my 5’11 frame and used that as a reason to stay away from me , afraid to approach me because I was just too “TALL”.

This isn’t about my height though so I won’t even got there today.

No one wants a pushover.. or do they?

I would assume that most men want females who can stand up for themselves and don’t take crap from no man or anyone for that matter.

I’ve had my share of male encounters and been told that or made to feel like I needed to be more “accommodating” personality wise.

I’ve been told that myself along with a bunch of other black women are too “harsh”
, “not supportive” or are just too “much”.

Even though most men want to be the breadwinners, the providers and the alpha males ( insert other uplifting male titles) there has been a rise in girl bosses, woman who are doing the

For myself I know I have always wanted that Stepford Wives life where my husband bring home the bacon( I don’t eat pork anymore, but you get what I mean) and I stay home cooking and cleaning and taking care of our child(ren), run a book club every week and do some freelance PR/ Styling . I swear I have had my ideal life mentally prepared for years.

Back to the Matter at Hand. Or at least one of the matters

I have seen a generation of woman who are hustling,opening businesses, hosting events and leaving their marks in the fashion, lifestyle, aesthetics and culinary world.  I have never felt so motivated to want to make it in all my years.

When I started my first fashion “thing” I did not expect to get so many clients, uplifting messages, prayers, emails and contributions. I swore blind that I was surrounded  by unsupportive individuals. I had this misconception that women do not support other woman, that it was more about competition than anything else.

Sometimes I feel that men are looking at these groups of woman and as much as some men would like to have a girlfriend, wife or fiance thats a Girl Boss, no man wants a woman who is making more than him, supporting him and bringing home that same Vegan Gluten Free Soy Free Preservatives Free Bacon.

I could imagine the stress and pain it could cause ones E.G.O to know that the woman who you’re expected to care for is paying your bills and giving you money to go out with your boys.

Imagine if the roles were reversed and Men stayed home cooking, cleaning, caring for the kids and the world automatically paid them less because of their sex.

We as woman should never have our parade rained on to make our , male friends or associates feel any better about themselves. I believe in equality, I believe opportunity is opportunity regardless of the sex, body type or age of an individual.

When I was younger my goals and visions for my future were one way, but as I got older things changed and I realized I wanted more.

I was NOT content in mediocrity, not content in not having my own, not content in just being the girl who works a 9-5, comes home and sits on the talents and gifts given by God to ensure no one feels uncomfortable or annoyed. My life expectations were always gender role oriented never open to whatever I was willing to do.

At age 25 I started something, It wasn’t something huge, It didn’t enable me the luxury of quitting my 9-5, but it was something. It was my own and I felt accomplished starting it.

At first it had no name, It was just something I did through an Instagram page I made geared at sharing outfit ideas I made up on my spare time. As the months progressed I called it Styled By Simplicity, that was my “stylist” name, the name I used when people reached out to me to work with me on creative shoots and when I would assist with cleaning up their wardrobe.

It started off with a pair of simple Gold Aviators, I will never forget the first time I bought them to spice up my look. I thought they were cool, simple but cool I put little to no thought into them in any other way then to be worn for my trip I was taking to the US.

They became a hit.

I had people messaging me, inquiring about the site or store I bought them from, I guess that was the light bulb that  went off in my head letting me know I was sitting on a lucrative idea.

Noir 91 came a full year later and helped me realize that I had much more potential than I gave myself credit for.

With every new venture I tried to start, came new side eyes, assumptions that I felt I was better than everyone else and the oh so overrated  ” She is copying me , She’s not original” speech. Everytime I felt like I was doing something right, someone or something came out of nowhere to rain on my parade.

So What’s the Point of It All?

Why am I writing this?

My vision behind this is to motivate other woman like myself who have had a desire to do something with their lives but have felt held back or restricted by the opinions and views of others.

Sarah Blakely, wouldn’t have created Spanx If she listened to the opinions of others.

Tory Burch wouldn’t have founded the now billion dollar clothing empire,If she listened to the opinions of others.

Arianna Huffington, wouldn’t have founded The Huffington Post, If she listened to the opinions of others.

J.K Rowling, wouldn’t have written the Harry Potter Series, If she listened to the opinions of others.

Oprah Winfrey wouldn’t have founded and launched OWN Network, If she listened to the opinions of others.

Regardless of it is from a Male or  Female I am a strong and firm believer that whatever plans God  gives us should not be ignored.  I know there will be times that we will feel like we are doing to much and not seeing the results that we want when we want them.

Word Of Advice: TRUST THE PROCESS

Nothing happens overnight, as much as we wish our Fairy Godmother could make things instantly happen for us, that is not the case. Everything happens for a reason in the season that it is meant to happen. Never let anyone else’s Success dim your light, don’t feel that you aren’t doing well because your level of success isn’t on same level as theirs. Sometimes it may take you a bit longer, it may take some sleepless nights, some skipped events and a bit more money  than anticipated.

When it is all said and done, just know it will be worth it.

I vowed that for this new year I was not going to take No’s personally, vowed that every opportunity I got to network, expand my finances and build my “brand” I wouldn’t be so hesitant but practice being optimistic.

This is the year of the Girl Boss. 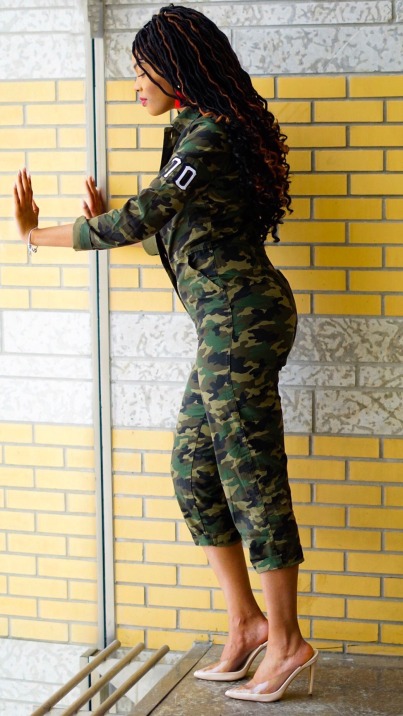 Remember I said that.

View all posts by simplilici